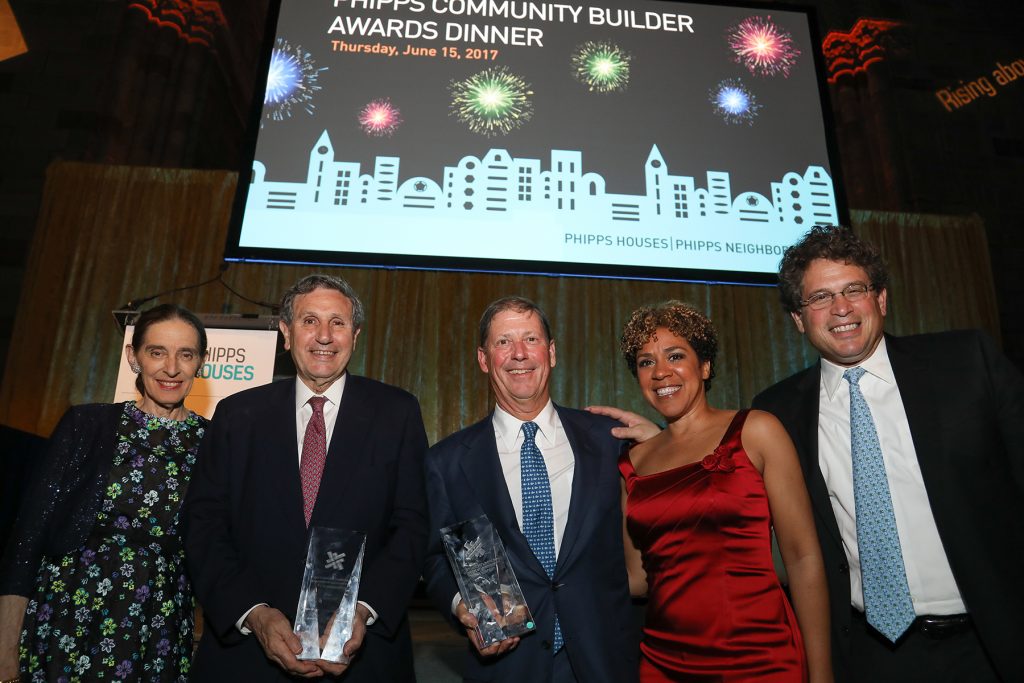 On Thursday June 15th, 2017, the “Phipps Community Builder Award Dinner” was held at Ciprani 42nd street. Over 400 guests attended to help us celebrate two honorees, Peter S. Duncan and Carl Weisbrod for their commitment to New York communities and to Phipps Neighborhoods.

The event was a landmark success, raising over a million dollars that would benefit Phipps Neighborhoods programs. The evening stated the great importance of career readiness, academic achievement, and resources we provide helping others to rise above poverty in the South Bronx. Bloomberg Philanthropies helped us create a video highlighting Phipps Houses ongoing revitalization of Lambert Houses and Phipps Neighborhoods’ 45 years of commitment to the West Farms community.

Thank you to our table sponsors and guests for supporting our work to provide integrated and strategic services to empower our community.

You can view the 2017 Phipps Community Builder Awards Dinner Video here and additional photos from the event on Phipps Neighborhoods’ Facebook page.