It’s one thing to create an after-school program and another to continuously strive to improve it. Phipps Neighborhoods’ collaborates with dozens of public schools in the Bronx to provide their students with high quality after-school programming. While attendance was never a problem, our program leaders knew they could do better. Thanks to the effort of our staff, Phipps Neighborhoods now has a new recruitment strategy to reach new clients.

“Staff recognized the need to change the culture but we had to put our heads together to do that,” said Michael Gianakos, Director of Special Projects at Phipps Neighborhoods. “It started with a simple thought about shared value. If we truly feel our program service has significant value, then why are we handing out flyers to everyone who walks by, begging them to take advantage? That recruitment strategy presents the program as ordinary and conventional. The program should be shown for what it really is; a unique and exclusive opportunity.” 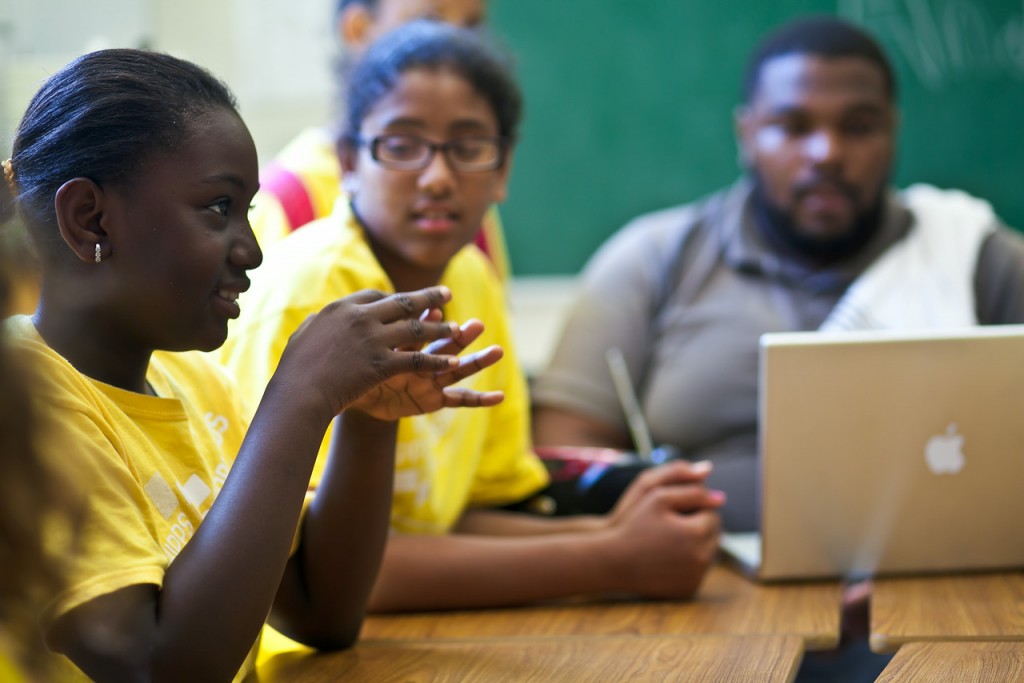 Through this line of thought, the Emerging Leaders program was created in 2014. Gianakos noted, “The entire formula needed to change. It was more than changing the name on a label. We needed a culture shift amongst our scholars that encourages them to value their program because we value them from the first day they are recruited.”

Immediately staff noticed an increased sense of pride among the students and, of course, higher enrollment and more consistent attendance. But the benefits of this new strategy didn’t stop there.

In 2015, Phipps Neighborhoods received a DYCD NDA contract to provide academic assistance to failing students. The program’s Counselor Advocates, Nicole Rodriguez and Jillian Rice, had to recruit 55 young people who were endangered of being under credited by senior year. The NDA program presented the opportune time to utilize the more personal recruitment strategy.

Instead of tabling and handing flyers out, Phipps Neighborhoods’ staff met with teachers and counselors to learn about every student. From there, each potential Emerging Leader was issued a personalized letter congratulating them on their nomination, hand delivered. Parents were called and congratulated as well. The strategy paid off as the program was over-enrolled on day one.

In addition to meeting its enrollment targets and outcomes, the program achieved something it hadn’t even planned for. In 2016, Phipps Neighborhoods administered a social and emotional survey for several of our programs as part of partnership with the Student Success Network. The baseline survey showed that the students in the NDA program felt a greater sense of belonging and were more optimistic about their academic capacity than their peers.

“Phipps staff felt encouraged after seeing the high percent positive score in the belonging competency at Site 1 and Site 6, where they had implemented the recruitment strategy for their emerging leaders program.”

“It was surprising when we saw the data. At first we thought it was a glitch. Every program scored around 45%, but the NDA program scored above 75% in positive responses. It proved to us that this idea of shared value does a lot more than help recruitment. Nicole and Jillian have taken the model to the next level. These young people are not only making academic gains, but also moving forward in life with a greater sense confidence and self-worth which is critical to their academic career and just life in general.”

To spread their success, Nicole and Jillian’s strategies will be replicated across our future student intervention programs. This is just one way that Phipps Neighborhoods is continuing to finding new, more effective ways that increase our impact and serve the children, youth, and families in our communities.