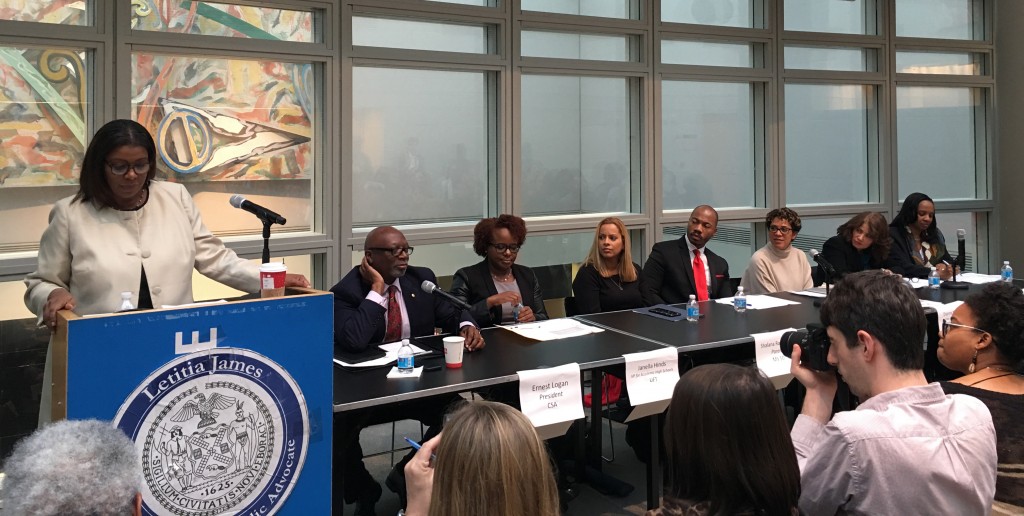 Phipps Neighborhoods believe that the Renewal Schools framework is on the right track – they are intended to bring our most vulnerable children in our poorest schools an equity of resources so they can have a fairer chance to succeed.

However, as Dianne Morales, Executive Director and CEO of Phipps Neighborhoods, said on the panel, “Our schools did not begin to fail overnight, and likewise school improvement takes time, and partnership. Renewal schools need adequate time, and invested principal and CBO (Community-Based Organization) partners, over a longer period of time, in order to sustain student success.”

The NYC Department of Education describes the Renewal School Programs “a new strategy to turn around New York City’s most challenged schools.” They do this by providing an extra hour of instruction each day in addition to offering after-school and summer learning programs for students. Schools in the program receive additional resources for academic intervention and professional development.

Phipps Neighborhoods looks forward to being a part of and bring about that continuing improvement in our communities Renewal Schools.